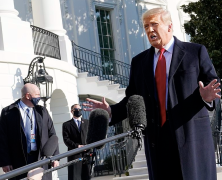 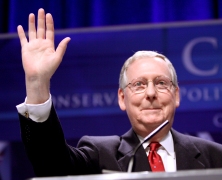 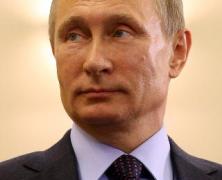 The cyber-attacks that happened during the election were somehow overshadowed by the campaigns in general. While Hillary Clinton’s campaign was the target of these attacks, and while she said that these were from Russia in order to undermine the political process, she was still ahead in almost every national poll, so they somehow did not […]

President-elect Donald Trump built much of his campaign on some key promises. Of course, the first was tackling immigration. The second, was reviving the economy. But one that truly stood out was tackling the corruption in DC, or as he likes to say “draining the swamp.” And now, Trump will head to the White House […]

What’s Next for Chris Christie

President-elected Donald Trump shocked the world November 8th. The presidential win was perceived impossible. So much so, that those who stood by Donald Trump, especially from the beginning, are expected to seriously cash in on their loyalty. Because Republican politicians were slow, and often opposed, to siding with Trump, the ones who did stood out. […]

Donald Trump said that he likes to be unpredictable, and he is bringing that theme to his own running mate and their election platform. In another hard week for Trump in the media, the business billionaire found himself backed against the wall, and immediately struck out against all GOP politicians who spoke out against him. […] 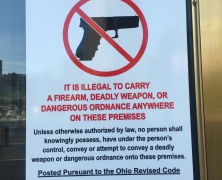 Second amendment right is an issue that walks hand in hand with the GOP. In fact, while there are many areas within the party where voters find a disagreement, this is one that is almost unanimously the same. The promise to uphold the second amendment is necessary to every GOP lawmaker seeking public office, and […]

By Claire Hardwick CNN made a video that highlighted different people that are at the Republican National Convention before it officially starts this Monday. Delegates met this week to go over the “rules” at the convention.  Basically, the delegates decide how the convention will proceed, and how to nominate a candidate. The whole delegate process […]

With the Republican National Convention just around the corner, the attention of the election has turned to vice president picks. After months of speculation, it is now unavoidable for the candidates to choose a running mate. This will change the nature of the election, as there are now two people to watch and listen to. […]