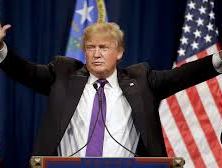 It is time for Republicans to finally look at themselves in the mirror. With two months left till the general election, there are many political insiders who just want to see this whole cycle over with.  Besides those who are ardently supporting Trump-who seem to be actual voters instead of seasoned politicians-  there is a […] 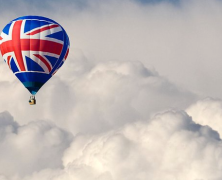 Donald Trump Is All For Brexit

There is a major storm happening in the United Kingdom. And ironically, it is similar to the one that is happening in America. The UK is going to have a vote on whether or not the country should leave the European Union. Just for a little history-the EU is a politico-economic union of most countries […]

A year ago, when Donald Trump first announced he was running for president, there was more laughter than there was fear. In a sea of 17 candidates who served as governors, GOP insiders, or senators, surely one of the big names would beat out the business billionaire. But as the summer led to the fall, […] 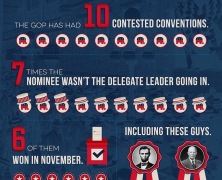 The murmurs about a contested convention are getting louder as the summer approaches. There have been rumors about Paul Ryan joining the mix, there are petitions to get Marco Rubio back in the game roaming around the Internet, and Mitt Romney is slowly urging politicians to give it a shot. But the man who seems […]

There is a reason people unofficially call the media the fifth branch of government. Unless you’re watching CSPAN or reading Senators’ and Congressmen’s press releases, many find out all their news from the news. Furthermore, in a time where journalists have become more of a voter influence than an objective viewpoint, the politician’s appeal to […]

Former Governor Arnold Schwarzenegger truly has an amazing success story. An Austrian immigrant, he moved from body builder, to Mr. World, to A-list actor, to governor of the largest state (by population) in America. In this exclusive Q&A, Schwarzenegger highlights the traditional Republican values, and how the GOP needs to unite together over our similarities instead […] 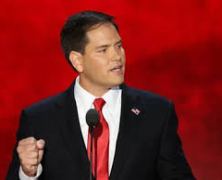 Rush Limbaugh is a very popular radio host. With million of listeners, he delivers fire and brimstone speeches that get his audience extremely fired up. For this reason, he has a lot of influence when it comes to election cycles, and more importantly, in choosing a candidate from the primaries. Limbaugh is not the only […]