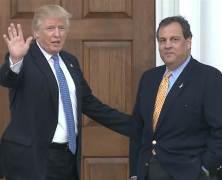 What’s Next for Chris Christie

President-elected Donald Trump shocked the world November 8th. The presidential win was perceived impossible. So much so, that those who stood by Donald Trump, especially from the beginning, are expected to seriously cash in on their loyalty. Because Republican politicians were slow, and often opposed, to siding with Trump, the ones who did stood out. […]

What to Expect at the First GOP Debate

As the number of candidates for the GOP is shockingly 17 individuals, all who believe they have what it takes to become the next president, it is no surprise that for the first primary debate, Fox News had to break it down to a manageable and realistic number. The way this network did this was through a […]

Nothing shows the deep factions within the Republican Party quite like the upcoming 2016 election. Already, there are five official candidates for the primary. These include Senator Ted Cruz from Texas, Senator Rand Paul from Kentucky, Senator Marco Rubio from Florida, Governor Mike Huckabee from Arkansas, Ben Carson from Florida, and Carly Fiorina from California. […] 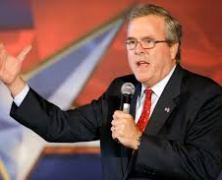 When Will Bush Announce His Run?

The 2016 presidential race is off and running, and as of right now, Senator Ted Cruz is in first place. The first candidate to officially announce his intentions, Cruz said today at Liberty University that he will be running for the Oval Office. While there is much speculation regarding Hillary Clinton and Jeb Bush, Cruz […]