Home » Uncategorized » Ryan Back for Trump 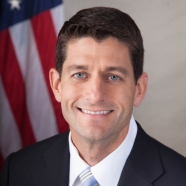 Ryan Back for Trump

Posted by Elephant News on November 2, 2016 in Uncategorized | Leave a comment

Speaker of the House Paul Ryan has been very hot and cold when it comes to Donald Trump. As one of the most powerful Republican lawmakers in Washington, DC, Ryan’s endorsement and support holds a lot of influence. For that reason, as Trump became more controversial, Ryan’s opinion became more important. The leader in the House had to make a decision whether to jump on the #TrumpTrain, or join the #NeverTrump movement. Did he want to be part of the GOP establishment, or part of the populist movement? For Ryan, the choice must have been hard. And as the campaign progressed, he decided to take no stance at all. Ryan has been remarkably neutral when it comes to his support of Donald Trump, and because of this, it might cost him his leadership position.

The confusion surrounding Ryan’s support of Trump started when it was clear Trump would be the GOP primary vote winner. After Trump won Indiana, Ryan had to make a decision. But at this point, Trump was just as controversial as he has been the entire election. There were already discussions that Trump would be overthrown, and one of the options, was Paul Ryan. Ryan’s reluctance to publicly endorse Trump added a lot of fuel to this fire. It was thought the delegates would write in Ryan at the convention, and Trump would no longer be the candidate. For those opposed to Trump, this was the only sensible solution. For those who supported Trump, this was total anarchy, and the result of an out-of-touch GOP Party. While he was one of the few GOP politicians who attended the Republican National Convention, insiders say his staff spent most of the time making sure Ryan and the real estate mogul did not meet face to face. From that account, it seems Ryan did what he thought was good for the party, instead of what he actually thought of Trump.
After the nomination and Ryan’s show of public support, Ryan still was not too close with Trump. He was often distance, so much so, that Trump was not clear if he would endorse Ryan for his Wisconsin primary. And then, after the Hot Mic moment shook the political world, Ryan completely backed away. He said he would spend his time focused on Congressional elections, and no longer think about the presidential one. As Speaker of the House, this is all but saying he will not support Trump, and is a big slap in the face to the potential POTUS.
But now, Ryan is back on the Trump train. He told Fox and Friends that he stands “where I’ve stood all fall and summer,” clearly meaning that he will vote for Donald Trump. This is after Donald Trump again surged in the polls. Director James Comey announced the FBI was re-opening their investigation into the Clinton emails, and Republicans again decided it was okay to say they would vote for Trump. This includes Ryan. With less than a week until the campaign, Republicans are deciding maybe their candidate is not too bad.
But would it be too late? Ryan may lose some support in the House because of his former stances on the Republican president. Especially, when it comes to leadership and GOP cohesiveness. Ryan has tried to play it safe, and come January, the members of the House will decide if this was good or bad leadership for the presidential election. There will be a lot of reshuffling after November 8th regardless if Trump wins or loses, and based on the outcome, there will be a lot politicians moved out of their leadership positions.
Trump has been a polarizing figure throughout this election, including within his own party. November 8th, the voters will finally be able to have their say. And on November 9th, the GOP will have a lot of questions that need answers.