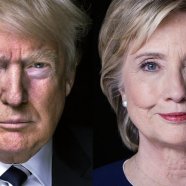 Posted by Elephant News on November 1, 2016 in Uncategorized | Leave a comment

It is extremely hard to believe that in a week from today, it will be the last day before voters get out and actually decide who they think the next president should be. This election has been nothing less than crazy. There have been a lot of unprecedented events, a lot of jaw dropping moments, and a whole lot of surprises. If you think back to a year ago today, there were numerous candidates all vying for that Republican candidate spot. The biggest moments of the campaign was waiting for the next debate, and thinking about who could actually beat Hillary Clinton. For many politicians, the answer was definitely not Donald Trump. But fast forward to today, and the Republican candidate is Donald Trump, and now, he does have a chance to beat Hillary Clinton.

The former reality TV star, real estate mogul, tabloid headline New Yorker seemed like the least likely person to ever steal the thunder from someone so established as Hillary Clinton. As Michelle Obama herself has said, there is no one more qualified to run for president than Hillary Clinton. On paper, she has the experience any job recruiter would dream to see if they were hiring for the White House. But the reality is a much different picture. When it comes to the presidency, it is not always the resume that makes the leader. In between Clinton’s impressive accomplishments are a lot of scandals. Despite what happened before she herself became a politician, there are a lot of question marks when it comes to certain decisions made, and the effect it had on people. Most notably was Benghazi, and second most notably, was her decision to have her own private server while secretary of state.

Now for Hillary, the obsession with the emails is nothing but a witch hunt. But for many Americans, it is an example of a politician who thinks she is above the people, not of the people. It is a politician who may have used her power for her own gain, and used her position to do some things that the public would find corrupt. And the answer to those questions lies in those emails. While Hillary Clinton says she is innocent, the deleted emails leave room for the imagination to wonder why they were deleted, and what truly was in those texts. So even if Hillary is telling the truth, her subsequent action allowed many to speculate that she was not.

And now, in the final stretch of the election, the investigation is back open. Former Congressman Anthony Weiner’s own scandal might be enough to take down Clinton’s entire operation. Something that she has been putting together for years, might crumble due to her top aide’s husband’s deplorable behavior. Emails found on Weiner’s laptop from his wife are enough to make the FBI announce the investigation is back on, right before the election that has been so highly anticipated for so long. Gone from voters minds is Trump’s hot mic moment, and instead, is the image that Hillary must have done something bad enough that the FBI decided to re-investigate her, knowing it could cost her the election.

While this may not be enough to give Trump the edge over Clinton that he needs, the polls show that he has drastically jumped closer to his competitor. And furthermore, the polls may not account for many Trump supporters who will not partake in polls, or will not openly say who they plan to vote for. There is also a rumor that Wikileaks will drop their final email dump, and is saving their best for last. The bottom line is that the one candidate who no one thought had any chance to beat someone like Hillary Clinton, in the final week of the election, now truly has a shot. If Hillary Clinton does get into the White House, the Republicans in the House and Senate will most likely try to impeach her. The Chicago Tribune has already called for Clinton to step aside.

Two weeks ago, it seemed like this election was a done deal for Clinton. Now, with just days left, it seems more uncertain than ever.