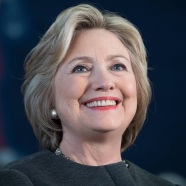 Posted by Elephant News on September 21, 2016 in Uncategorized | Leave a comment

With less than two months until the presidential elections, both Donald Trump and Hilary Clinton’s campaigns are expected to increase campaign spending-especially for attack ads. But for Hillary Clinton, it seems impossible she could find a way to spend even more money. The AP reported that the Clinton campaign spent $50 million on her campaign in August alone. With a staff of 800 people, this is not so surprising. But she did suspend campaign videos in states where her poll numbers were up.

After a tough two weeks in September, Clinton will have to be on the offensive. Conspiracy theories were backed by what seems to be a faint at the September 11th memorial service. At a time where Trump and Clinton needed to look their strongest, Clinton’s hasty exit followed by a two hour gap at her daughter, Chelsea’s apartment, did not do her well. The event was so bad it completely overshadowed her “basket of deplorables” comment about Trump’s supporters. The result of two bad weeks was seen in the polls. Clinton’s huge lead in swing states fell down to a tie. Trump, who has spent remarkably less than Clinton with a remarkably smaller team, has used this as a campaign bite. His team has said that if Clinton could not seal the deal during Trump’s very bad August months, there is no hope left for her.

The first presidential debate is next week, which will give either candidate the break away they need in the final stretch of the campaign season. As of right now, the two candidates seem completely tied. it is unknown which candidate will excel in the debate. Clinton is completely briefed on almost every issue with a political resume under her belt, but Trump is a mastermind in showmanship, and will know how to work the crowd and the viewers at home. Furthermore, he is being prepped by Roger Ailes, who is the puppet master behind the incredibly successful Fox News.

Clinton’s campaign cash could hurt her in an election that is against political cronyism. Many Americans are tired of what they perceive to be the political establishment taking power away from the everyday American and keeping it in the beltway.