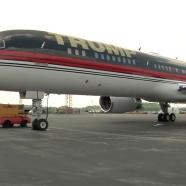 Posted by Elephant News on August 19, 2016 in Uncategorized | Leave a comment

While President Obama plays golf in Martha’s Vineyard on his annual vacation to the high end island, and while Clinton is off the map with no event planned till Sunday- Donald Trump will be the first out of the president and his opponent to visit Louisiana. For the past few days, Louisiana has had extreme flooding that has killed eight people and forced over 20,000 from their homes. It is the biggest natural disaster since Hurricane Sandy.

So after a pretty disastrous campaign month for Trump in August, he is again doing something right. His visit will give him everything he needs right now. It will show him as presidential, it will get him good press, and it will leave a lasting impression in the minds of Americans across the country. The contrast of Hillary and Obama on vacation while Trump and Pence travel to provide leadership amidst disaster is positive for Trump.

While this may have been Trump’s idea, you can see Stephen Bannon’s work behind this idea. As someone who understands the media so well, he will know the image this will create. He will also know how this will be covered. Kellyanne Conway, who knows the polls, will know how acts like this increase poll numbers.

Trump took a risk with his two new hires on his campaign, leaving many people to question his rationale behind the decision. While Manafort, the tried and true political consultant is surrounded by controversy-Bannon and Conway are once again leading Trump down the right road for his campaign.

Further proof that not always following the status quo is a risk, but sometimes, pays off.