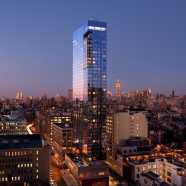 Posted by Elephant News on June 22, 2016 in Uncategorized | Leave a comment

Donald Trump made some major changes this week. First and foremost, he let his campaign manager, Corey Lewandowski, go. This was major news. With a month left till the general election, a campaign shakeup is a little unprecedented. Trump, however, said that his campaign tone was going to change, and he was not sure if Lewandowski was up to the challenge. To replace him, Trump pulled Paul Manafort, a Republican political powerhouse.

And today, we saw the result. Trump, who has newly instated teleprompters for his speeches, gave a different kind of speech than we previously saw at his rallies. He was clear, and way more presidential. Moreover, he hit Hillary Clinton hard. First, on her character, her emails, and her judgement. But more importantly, he appealed to Bernie Sanders supporters. In a recent poll, nearly half of Sanders voters said that will not support Hillary Clinton. Trump knows this, and appealed to them over Hillary Clinton’s alleged corrupt past. He said that we cannot fix  a rigged system, but electing into office a politician who rigged it.
Trump said that people often ask him why he is running for president. He said that he believes that this country has been good to him, and he wants to give back. He also believes that he will be the only one to bring back jobs, and to fix many of our corrupted parts of government. Trump said, “all these problems can be fixed, but not by Hillary Clinton. Only by me. We can come back and be better and stronger than before.”
Trump said that many of our institutions have been rigged by politicians and businessman. He said the system is rigged by donors, who wants to keep kids “trapped” in failing schools, who want to keep jobs out of the United States, and who want to keep wages down. Trump said that people like Clinton have rigged the system for her own personal power, and she will keep it that way.
Trump also pointed to Clinton’s emails, saying “she is a world class liar.” He talked about the 30,000 emails that were deleted, and her “phony landing in Bosnia.” Trump pointed out that Brian William’s career was totally destroyed from a fabricated story such as this. The presumptive Republican nominee continued that it was during Hillary Clinton’s time as Secretary of State that ISIS was born.
Donald Trump has given what the GOP Party desperately needs. We need a candidate who can attack Hillary Clinton in a professional, concise, poignant way. We need a candidate who will find her weak spots that are covered by the media, and show them to why she would be unfit to be president. Trump did that today. He said that his campaign was going to make a more serious turn, and he has proven his word is good from his speech at Trump SoHo in New York City today.