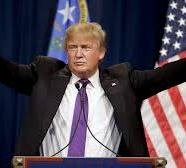 Posted by Elephant News on April 27, 2016 in Uncategorized | Leave a comment

Because of Kasich and Cruz’s new coalition, there was a serious feeling last night that this could have been the night to “stop Trump.” The vendetta to stop Trump has been so huge, that the two candidates teamed up together to take delegates away from him. This move, in a primary, is truly unprecedented. Instead of fighting one another, they decided to come together and fight Trump. But from last night’s votes, the push to defeat Trump did not work.

Trump had his biggest sweep yet last night, picked up Deleware, Pennsylvania, Rhode Island, Maryland, and Connecticut. Pennsylvania is an important swing state, and all of the other state are essential to win in the general election against Hillary Clinton. For Cruz, his comment about “New York Values,” was the kiss of death in the northeast.  Trump brilliantly turned around to talk about 9/11, and from that point on, gained a huge lead in this part of the nation.

But now, with a little over a month left of votes, Trump seems inevitable. He has already surpassed all the popular votes Mitt Romney received in 2012. And for delegates, Trump has 950 out of the 1,237 he needs to secure the nomination.

The question is whether or not the party leaders will finally accept Trump as the nominee. He has already surpassed Romney in the popular vote by 100,000 votes. Comparatively, this is essential and noteworthy. Romney was considered a dominant winner in 2012, but for many reasons, Republican Parry Leaders refuse to view Trump in the same way.

As we look to California, there is a real chance that Trump will pick up all the delegates he needs. Last night was a huge victory for Trump, and his campaign is getting to a point that he cannot be ignored or downplayed. Trump has been the clear front runner in the Republican Primary race, despite the urgency to reject him as a candidate. But now, after so many wins, Trump simply can no longer be ignored.