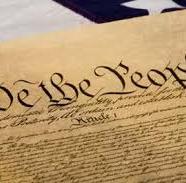 Posted by Elephant News on March 3, 2016 in Uncategorized | Leave a comment

The fact that Romney’s recent comments received so much attention, and the fact that right now, new outlets across the country are covering a press conference he is holding to address the current state of affairs in the Republican Party, is extremely telling. First of all, Romney lost. This usually means that (think Al Gore), he moves on, and so does everyone else. It means that even though he may comment here and there about politics, his comments are no longer as important, because he is no longer as important. But with Romney, there is shock when he makes a statement, and it receives tons of attention. And that is because many people regret that he is not president. They view the 2012 election as a huge “oops” and one hundred percent believe history lost a great president. Furthermore, there are rumors that Romney planned to run one more time, but was pushed about by Jeb Bush and his supporters. Well, everyone saw how that turned out. And three years ago, the documentary “Mitt” released on Netflix. Everyone saw a different side to the former Governor that he was not able to portray on the campaign trail. Again, another oops. Now, in an election with so many twists and so many turns, everyone is looking to Romney and what he has to say about the current state of affairs. They are looking towards him because of a deep respect, and many wish he would announce he would be running for president.

In life, timing is everything, and the same goes for politics. Trump could not have had the same impact in 2012 that he does now, because the political environment was different. He would be running against an incumbent, and there also was still a feeling of distrust towards anyone with a large bank account. Now, in this election, this is Trump’s trump card. His wealth proves he will be able to take care of the economy, and even Clinton’s Democrat supporters seem to not care as much that she chargers 650,000 to give a speech to Goldman Sachs. Before, those who ran for office and were rich were the enemy. Now, they seem like the only ones who can turn the economy around. Even Marco Rubio flying around in a private jet is relatively ignored, and everyone knows it is not his own. The difference is that this time, they do not care.

Trump deep down must know the threat he faces if Romney decides to run. First of all, all the “moderates” who do not like Clinton but also are afraid of Trump will flock to him in huge numbers. While he will never capture the evangelical, Tea Party vote quite like Trump does, enough people dislike Clinton to realize that Romney would be a better choice. As Trump has said in the past, he turned against Cruz only when he saw him as a true competitor and someone who could beat him. Trump gives attention to those who prove to be a potential threat. He is a smart businessman, and knows where to give his time and money. For this reason, he posted a video of Romney with Trump after Trump endorsed him, and wrote the caption:

“I have brought millions of people into the Republican Party, while the Dems are going down. Establishment wants to kill this movement! Failed candidate mitt Romney, who ran one of the worst races in presidential history, is working with the establishment to bury a big “R” win! #MakeAmericaGreatAgain #Trump 2016.”

Trump is stating in this comment what is obviously his greatest fear. He is afraid that if Romney comes in, it will kill his movement, and will bring a different type of person into the Republican Party.

Romney said at the end of the ‘Mitt’ documentary that he was truly worried for the country, as he saw it on a path that many other countries in history took, and then failed. Romney is clearly a patriot, and believes that like Trump, he can turn the country around. As Trump gains more wins and the country seems more divided, this might be enough for Romney to take one more swing at the Oval Office. Clearly, others feel the same way he does, and it is the reason why his comments on the election have been taken so seriously.

The primary is not over until it is over, and Romney may be back. Even if he does not choose to run, he will use his influence to try and promote the Republican Party in the way that he views would be best for the country.