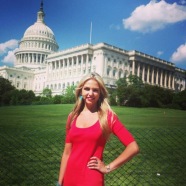 Posted by Elephant News on March 1, 2016 in Uncategorized | Leave a comment

The word “super” is quite perfect for today’s primaries and caucuses, as there really is so much hype and anticipation. Before today, everyone would focus on one state, waiting all day for the results, and then wondering what they could possibly mean for the future. It is hard to know when looking at just one state, whether it is a caucus or a primary, but after today, the future may be a lot more clear.

Different states across the nation will vote who they want their Republican candidate to be. Most importantly is the delegate super house, Texas, but other states include Alaska and Massachusetts. One of the reasons everyone loves to look at the first few primary states is because by and large, they really do illustrate a certain type of voter. The states in Super Tuesday are as different as New Hampshire is from Iowa, and if a candidate can win both types of Republican voters, they really will have a shot at the Oval Office.

So for Republicans today, this will be a make or break moment in their chance against Donald Trump. As the billionaire picked up three states after a second place win in Iowa, the RNC will Be faced with a hard decision if he continues to pick up states and win enough delegates to become the nominee. There has been a movement from Republicans with the hashtag #nevertrump, and politicians are encouraging other GOP lawmakers to jump into the race. Trump, however, is steadfast in his dedication to conservative principles, and signed the GOP pledge that he would not run as an Independent. Now, however, it seems like the RNC never thought it would make it this far, and now there are rumors of a brokered convention, with a nominee of the “establishment’s” choice.

The other four candidates will also have make or break moments today: Cruz, Kasich, Rubio, and Carson. We can expect at least two to go after today’s results, and also expect them to endorse a candidate soon after. Christie has been traveling around with Trump all day, and there are rumors he is looking for a VP spot. To place a bet on a candidate will help with these types of appointments, and Christie has placed a big one on Trump. As the forgotten GOP politician this primary season, Christie is showing the “establishment” why he still matters.

After today, there will be some major shifts in this primary race, and in the GOP as a whole. Trump’s supporters are not going anywhere, but neither are his enemies. His most recent tangle from a KKK leader’s endorsement may hurt him this Super Tuesday, but if not, the party and the candidate will have to address this issue. The party, right now, seems so divided. But after today, there may be a clear indication of who the winner or the loser will be, and then every party leader will have to make a hard choice.

Super Tuesday has never been more exciting. In such a tumultuous, ever changing primary, we can expect it to just get that much crazier tonight.