Home » Uncategorized » Just How Big of a Threat is ISIL? 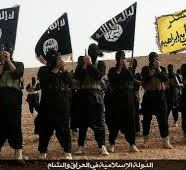 Just How Big of a Threat is ISIL?

Posted by Elephant News on July 28, 2015 in Uncategorized | Leave a comment

While the media coverage of the Middle East waxes and wanes, the constant presence and growth of ISIL continues to grow. While the United States has authorized airstrikes against key strongholds in Iraq and Syria, the threat of ISIL is expanding at a disturbingly shocking pace.

For those of you who think that ISIL popped up after we pulled out of Iraq, that is not the case. This group formed in 2003 as a response to the United States invasion of Iraq, and has slowly gained traction for the past twelve years. Although ISI was in a near state of collapse in 2008 due to the killings of key leaders, their Caliph, al-Baghdadi made key steps in spreading the movement in Iraq, and the group gained more traction as well as supporters. Originally the Islamic State of Iraq, leaders of this extremist movement took advantage of the Syrian Civil War which started in 2011, and has been recruiting leaders, fighters, and financial donors from this country as well. Their guerrilla type warfare as well as their suicide bombings increased deaths to above 1,000 a month in Iraq, and in 2014 they announced themselves as a worldwide caliphate. The war is against any person who does not swear their allegiance to Allah, and their goal is to spread this message throughout the world. They now control territory that rules over 10 million people, and have spread to Niger, Nigeria, Cameroon, Chad, Uzbekistan, Libya, Lebanon, Yemen, the Gaza Strip, and Egypt.

The buck does not stop here, however. It was reported in 2014 that 4,000 ISIS fighters immigrated to the European Union as war refugees. They promise a plan of attack in retaliation to the airstrikes in Iraq and Syria. Their presence on social media is strong, and they actively recruit new members from around the world, including a lot of women to be their wives, from Facebook and Twitter. The United Nations has charged the group for human rights abuses and severe war crimes. ISIL has also believes in “ethnic cleansing.”

The four point plan of ISIL was to remove United States troops from Iraq (which happened), establishing themselves as a caliphate (which they unofficially did), spreading the cause to their neighbors (which they did), and fighting with Israel (which we hope they do not do).

As the United States and its allies continues to have no clear plan of action to control ISIL, the last point of the plan is particularly disturbing. As Israel is our number on ally in the Middle East, if ISIL gains enough momentum and starts a war with Israel, we could find ourselves immersed in another World War. What started as a rebel group has significantly grown since 2002. They have strategic territory in northern and western Iraq, including access to water supplies. While the tension in the Middle East continues to grow, a serious confrontation with Israel or terrorist attacks in Western countries could lead to some serious consequences. While we refuse to acknowledge them as a legitimate caliphate or threat, their numbers and supplies grows, and so does the severity of the situation.

Like Loading...
← Were the Chattanooga Shootings a Terrorist Attack? What to Expect at the First GOP Debate →