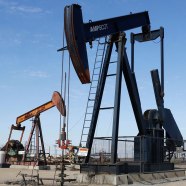 Posted by Elephant News on March 23, 2015 in Uncategorized | Leave a comment

The Natural Gas industry has been booming for the past years, due to the introduction of fracking. Hydraulic fracking allows for the extraction of natural gas, petroleum, and brine by pushing into rock pressurized water, sand, and chemicals. States like North Dakota have experienced the effects of fracking, and the result is one of the lowest unemployment rates in the country. A truck driver working in Natural Gas can make upwards of 90,000 a year. In a time where the economy continues to be stagnant and people are searching for jobs, why then, would the Obama administration put new restrictions on this invention?

Although Obama has made many speeches where he talks about the energy renaissance in the United States, this restriction will greatly hurt the oil industry. As we are more and more dependent on foreign powers for oil and gas, it seems like a no brainer that the US should use this to their advantage, and become self sufficient. Natural Gas is also better for the environment and more efficient than other energy sources. There is a lot of pressure, however, from environmental groups about fracking, as they claim it contaminates water sources.

The GOP has immediately fought back against these regulations, and have already composed bills to stop it. Oil companies have also sued the administration to make sure no more red tape can inhibit what could be a booming industry. Matt Lee-Ashley, director of the Center for American Progress public lands project, said this would help with “transparency.” Pretty ironic, that out of all the corruption in the IRS and other department agencies, the Center for American Progress is most focused on “transparency,” in a private sector industry with huge profits. The administration of regulation continues, and the GOP are putting their foot down.