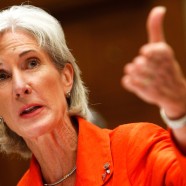 Posted by Elephant News on October 30, 2013 in Uncategorized | Leave a comment

The House Energy and Commerce Committee held another hearing today with HHS Secretary Sebelius on the enrollment issues Americans are having using healthcare.gov. Many lawmakers have called that the secretary should resign due to the horrible unveiling of the healthcare website, but the Sebelius says that the website technical issues will be fixed by December 1st. She acknowledged that no one can have faith in her answer until it becomes a reality. When a Congressman from Mississippi asked Sebelius if the president is responsible for the website, Sebelius said that she takes responsibility for the enrollment glitches, and diverted the blame from President Obama that he is the head of this government program.

The hearing shows the continuous split on the ACA, as some Congressmen, most Republican but some Democrats, are adamant at pointing out the flaws and that the law is simply unrealistic. A Democrat Congressman from Iowa said that the ACA is like the Wizard of Oz story, where they are promised so much but in actuality will be given little. Other Democrats are continuing to say how many that although Obamacare was signed into law 1,256 days ago, Americans can soon enjoy the benefits of this supposedly great healthcare law.